The Latest and Greatest in Laser Tattoo Removal 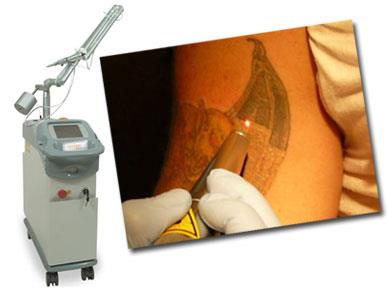 There’s been a lot of hype lately with regards to the newest FDA approved tattoo removal laser, Picosure. Its’ been seen on news publications across the country; states are happy to announce its arrival to one of their cities; and a quick Google search for “laser tattoo removal” will likely result in numerous listings devoted to the Picosure laser. So what’s all the fuss? Is it in fact the biggest breakthrough in laser tattoo removal in decades? Perhaps in some regards, but not to the extent the media hype would lead you to believe.

What does a shortened pulse-width mean for laser tattoo removal? In theory, a shorter pulse-width would mean less pain during treatment and less temporary tissue damage therefore a shorter healing time. After performing a Google search for “Picosure reviews” we found www.realself.com/picosure. There are some very detailed accounts including pictures chronicling patients’ journey through picosure treatments. Most of the pictures and descriptions of the healing process as well as many testimonials of the discomfort felt during treatment seem very closely related to what can be expected with treatment from our Astanza Trinity Laser.

Picosure’s creators’ accounts of how effective their laser is at removing tattoos, leads many to believe that it can remove a tattoo in as few as one treatment and if not just one, certainly far less than a Q-switched laser. Further review of patients’ accounts of their treatments showed that multiple treatments were needed in many cases and unless the tattoo is full of blue, green, or purple inks, the Picosure is not the only laser used to treat the tattoo. Reds and yellows are especially resistant to the Picosure. This is because the Picosure laser only has one wavelength, 755nm (Alexandrite). Sadly not all colors will respond to the same wavelength. Black responds to most wavelengths so the Picosure does a pretty good job of fading black inks, but it is most effective against blues, greens, and purples. We’ll be upfront here: according to pictures posted by actual patients, blues, greens, and purples seem to respond to the Picosure better than our Q-switched 694nm (Ruby) wavelength as far as speed of color loss. If a patient has reds, yellows, and oranges in their tattoo the Picosure is not the right laser for them though. Another laser will need to be used to effectively fade those colors, and what will the proponents of the Picosure use instead? Yep, you guessed it, they’ll be forced to go right back to a Q-switched laser like the Astanza Trinity we use here at Vanish because for reds, yellows, and oranges you need a 532nm wavelength.

Here’s the clincher: with the cost of Picosure laser treatments nearly double the price of Q-switched laser treatments, is it really worth it to go with the Picosure? That is totally up to the consumer, however if given a choice, I’d lean towards going somewhere that could use one laser to deal with ALL the colors that need to come out. That just makes more sense. Upon looking at the long track record of efficacy and documented safety and results from the Q-switched Astanza laser, well…why re-invent the wheel? Go with what has been proven to work.